There’s just nothing quite like awaiting the next book in the series. Fans of a certain age will remember the anticipation of midnight book release parties only to spend the next days with their nose buried in the latest fantastical instalment of Harry Potter, Discworld or Twilight.

On Thursday 8 October, picture that feeling times 500. It’s Super Thursday, the day when over 500 books go on sale in preparation for the Christmas season. Without further ado, here are some of the titles that might be making their way under the tree this year…

The Road to Little Dribbling: More Notes From a Small Island – Bill Bryson

Twenty years after Notes from a Small Island, Bryson chronicles how things have changed with humorous aplomb. Revisiting old haunts via the newly-dubbed Bryson Line, his new discoveries are an insightful look at the uncaptured idiosyncrasies of Britain.

Taking it back to the basics, Lawson focuses on the simple fact that cooking and dining are meant to be pleasurable experiences. Expect quick and calm suppers along with recipes for stress free entertaining. The book is filled with feel good meal ideas for breakfast, lunch, dinner and everything in between.

Based on the chart-topping hit song, Pharrell has created his first ever children’s book. Exploring what makes kids happy around the world through photography, the book is a celebration of different cultures through the gaze of children.

Over the Top and Back: The Autobiography – Sir Tom Jones

Read the story behind the man as Jones talks about life, love and music. From his childhood in Pontypridd through to the highs and lows of a seven decade-long career, this is the real Tom Jones.

The final instalment of Harris’ Cicero trilogy is here. Caesar rules supreme as Cicero stages his comeback in the ever-changing political sphere of Ancient Rome. Tackling history, Harris creates a hero that transcends time in this riveting tale.

You’ll find these and even more titles in store from 8 October. Ask in store for availability. 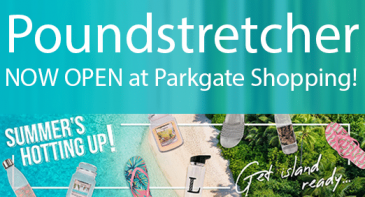