Adil Hussain has won the Best New Start-up sponsored by Parkgate Shopping at the 2014 at Rotherham’s Young Entrepreneur of the Year Awards 2014.

Having travelled to China to meet potential manufacturing partners, Adil launched Adspec Ltd in March 2013, which markets its own range of consumer electronic products and specialises in Android tablet PCs and accessories.

With their cheapest model retailing at just £39.99, their AdTab 7 tablet PC caught the attention of presenter Simon Bradbury at The Gadget Show Live event earlier this year and was then featured on their live TV show.

Adil is currently talking with major retailers about stocking his products and is looking forward to a very busy Christmas online.

Parkgate Shopping’s Deputy Centre Manager, Janet Drury, commented: “Adil is a very worthy winner who has already achieved great success. I’m sure that we will be hearing a lot more about him in the town and beyond.”

After thanking organisers, judges and sponsors, Jackie praised the young entrepreneurs for having the courage to start their own business and to enter the competition. “Judging by the standards we have seen here today, the future of the Rotherham economy is in good hands.” 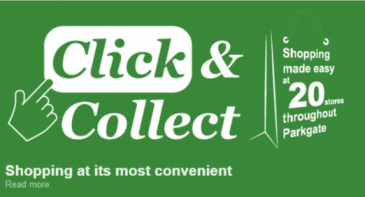 Shopping at its most convenient